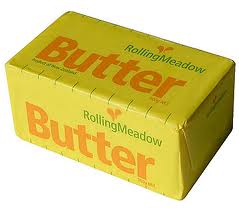 High cholesterol ‘does not cause heart disease’ new research finds, so treating with statins a ‘waste of time’ – or at least that’s the headline in the UK papers following the Just published paper in the BMJ . This, the latest study to question the established view that high cholesterol is always a bad thing, looked at the relationship between serum LDL-cholesterol and mortality in observational studies of people aged 60 and older

In other words, in free-living populations without pre-existing disease, higher LDL-cholesterol predicts a lower risk of death in those over 60, and (with more limited evidence) does not predict an increased risk of death from heart disease or stroke.

This has been known for a long time – this review, which collated these studies for the first time, should not have been controversial. To be more exact, it has been known for a long time that higher levels of total cholesterol are protective in the elderly, and this knowledge predates the use of statins (which, if they are given to elderly with high cholesterol, and do prevent heart attacks, have been proposed as a confounder). Data about LDL-cholesterol levels in the elderly is more recent in most cases, and that is specifically what this review investigates.

The results are not just academic; old people are medicated, and are fed poorly in rest homes and hospitals, on the premise that high cholesterol is bad for them and everything must be done to lower it if it is high. As Professor R.D. Feinman says, “remind me again why we have a medical literature?” – because it’s obviously not there so that anyone can learn from it!

The latest review was published in the UK. Meanwhile the reigning monarch, Queen Elizabeth II, now 90 years old, remains healthy and hard-working on a completely different diet to that recommended and fed to her elderly subjects. She likes her food cooked in butter and cream, eats meat regularly, and skips the carbs. 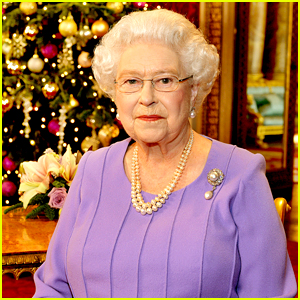 Her Majesty knows what’s good for her – LCHF!

Criticisms of the study

So, how solid is the latest review? Are there other explanations for the correlations, or lack thereof? The Committee for Evidence Based Medicine launched an attack on Ravnskov et al’s review when it was published, in the form of a post-publication peer review. This is worth reading as it gives insights into possible confounders and errors in interpretation.
Yet it does not really disagree with the evidence or refute or overturn the conclusions.
The main issues are:

Limitations of the study: the search was restricted by being limited to PubMed and English-language publications.

Our response: PubMed is a large data resource, and as can be seen the search turned up many relevant studies. It is not usual to include foreign-language papers in, for example, Cochrane collaboration meta-analyses. The search also retrieved the references from the papers found, a process which would have turned up most of the relevant papers stored outside the PubMed archive.

The limitations of the review are probably related to the limited resources available for research which is merely a matter of public interest.

HDL cholesterol: “only three out of the 19 included studies appear to have controlled for HDL-C level in their analyses. It is highly possible that the observed inverse association for LDL-C and mortality is entirely mediated by a high HDL-C in the included cohorts.”

Our response: the 3 papers that controlled for HDL all found that high LDL-C was significantly associated with reduced mortality.

Statins: “The issue is that those who have high LDL-C are much more likely to be prescribed statins during the period of observation than the low LDL-C group. This would lead to an overall protective effect in the group with high LDL-C, making it appear that LDL-C is correlated with reduced all-cause mortality, when, in fact, it may be the effect of statin therapy.”

Our response: observational studies showing a protective effect of high cholesterol in the elderly date from before the statin era. Statins are expected to reduce cardiovascular mortality; there is no evidence from RCTs that they reduce death from other causes. It is total mortality, not cardiovascular mortality that is most strongly negatively associated with serum LDL-C in this review.  Of the three studies we found in Ravnskov et al. that controlled for statin use, two found a strong protective effect of higher LDL-C and one found no association, a pattern typical of the review as a whole.

Data extraction errors: The reviewers identified a small number of data extraction errors. Unfortunately these are common occurrences; almost all the diet-heart meta-analyses, for example, contain such errors. Hopefully the errors in this review can be corrected. However, using the correct figures does not alter the conclusions of the review.

The CEBM review asks us to reject the conclusions of Ravnskov et al, but fails to supply alternative evidence to support a different conclusion.

We pulled up at random one of the studies used in Ravnskov et al’s review to see whether it gives more insight into lipids and risk. This study followed people 50+, so may be of interest to more readers.[2]

Objective. This study aimed to investigate the association of lipoprotein and triglyceride levels with all-cause mortality in a population free from diabetes and cardiovascular disease (CVD) at baseline. The European Guidelines on cardiovascular disease prevention state that in general total cholesterol (TC) should be < 5 mmol/L (190 mg/dL) and low-density lipoprotein cholesterol (LDL-C) should be < 3 mmol/L (115 mg/dL).

Design. A population-based register study in the period 1999–2007 including 118 160 subjects aged 50 + without statin use at baseline. All-cause mortality was related to lipoprotein and triglyceride levels and adjusted for statin use after inclusion.

Conclusion. These associations indicate that high lipoprotein levels do not seem to be definitely harmful in the general population. However, high triglyceride levels in females are associated with decreased survival.

In Bathum et al, higher LDL-cholesterol is associated with lower mortality in all age groups over 50.

Our comment: Bathum et al was a study of a Danish population, and the Danes have access to good quality dairy and other animal foods. Thus higher LDL-C, in as far as this has anything to do with diet, may mainly distinguish the well-fed from those subsisting on the ersatz concoctions of the budget food industry. Very high HDL was not protective in “younger” men, but this is something you mainly see in those drinking lots of alcohol. This research does not suggest that the lipid patterns associated with LCHF diets (low TG, high HDL, moderate or high LDL-C) will lead to an increased rate of mortality as people age (which is, of course, when most mortality occurs).

So in the end, we will go with the British headlines – yes High LDL cholesterol isn’t a problem in normal older people – unless it’s low! There are a group of epidemiologists, and nutrition scientists in New Zealand and around the world, who have based their whole career around the idea that high LDL cholesterol is a problem.  What do you have to say?

And, the queen got at least one thing right – low carb.

← UK charity comes out with LCHF Real Food Guidelines
The timing of carbs in meals makes a diference! →