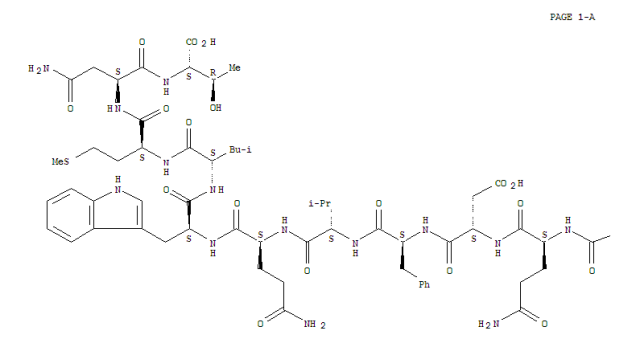 By Grant Schofield and George Henderson

Say what? OK, we’re always on about insulin the so called “master hormone” that manages our blood sugar and fat burning . But hormones almost never act alone. There are more complex bits and pieces going on. Let’s look at two others involved the process – glucagon and somatostatin 28.

Warning: This is reasonably complex physiology, not general banter about poor nutrition guidelines!

Glucagon is the hormone that normally dominates metabolism when you’re fasting, or when you eat fat and protein. It tells the body to make energy from fat and protein, and to supply glucose from amino acids and glycerol (part of the triglyceride [fat] molecule) to keep up the steady supply of blood glucose.

For people without insulin resistance or diabetes glucagon is high when insulin is low and vice versa.

Glucagon tells the liver to release stored glucose (glycogen) to the bloodstream. If you’re fasting or undereating, glucagon also triggers the breakdown of stored fat and protein. It’s important that this energy be released carefully, and insulin serves as a counterbalance in this phase. It only takes a little insulin to counterbalance glucagon in someone eating a very low carb, high fat diet, and this is why blood glucose and lipids can normalise quickly when someone with diabetes eats this way, and insulin requirements are usually reduced.

Like insulin, glucagon is produced by the pancreas (by alpha cells for glucagon, beta cells for insulin). But there are also alpha cells in the gut. Carbs (glucose) in the stomach stimulates the release of glucagon from the gut alpha cells.

Why does eating glucose stimulate the release of glucagon? No-one really knows – it seems counter-intuitive – it is certainly counter-productive for people with diabetes. However, in people with normal insulin metabolism, it isn’t maladaptive at all – glucagon and glucose both stimulate the pancreas to produce insulin very promptly, so everything runs as it should.

Eating too much carbohydrate

If you are someone who has a problem processing carbs well – if you are insulin resistant/Type 2 diabetic or have Type 1 diabetes – then eating more carbs than you can handle has consequences.

First, glucagon from the alpha-cells or the gut rises excessively. One of two things can then happen – either insulin is forced higher than is desirable, in an insulin-resistant person, which is part of the vicious cycle of type 2 diabetes and obesity. I guess this is what we call “metabolic dysregulation”. Or, in an insulin-deficient person, this rise in glucagon triggers an excessive release of amino acids and fatty acids. When this happens, the liver makes too much glucose, and this excessive production of glucose can also lead to the over-production of ketones from fatty acids. (The excessive production of glucose has the same metabolic effect in liver cells as a deficiency of glucose, resulting in the incomplete oxidation of fatty acids and formation of ketones).

This stimulation of glucagon by dietary carbohydrate could thus trigger diabetic ketoacidosis – a very high, very toxic level of both glucose and ketones – if it wasn’t controlled by insulin. In the days before insulin was available, the diet that was shown to have the lowest risk of diabetic ketoacidosis was very low in carbohydrate, low in protein (so that there was as little material as possible to make glucose from), and high in fat (which tended to spare protein from being broken down).[1] This was not only a low-glucose diet, it was also, very importantly, a low gluconeogenic (glucose-forming) diet. Nowadays, fortunately, most people deficient in insulin have access to effective medical forms of this hormone, but you can see how a low-carbohydrate diet still makes the control of diabetes easier than it would otherwise be.

Glucagon helps us understand why insulin resistance, and diabetes, are an intolerance to carbohydrate

Normally the peak in glucagon production when you eat carbs doesn’t last long. But in someone with insulin deficiency or insulin resistance this means that glucagon will maintain gluconeogenesis and lipolysis exactly when it’s least required.

For example, in this study, glucagon and gluconeogenesis are not decreased when people with type 2 diabetes are fed a low-fat, high-carbohydrate diet, and glycogenolysis (the release of glucose from glycogen) is actually increased after a high-carb meal – which is the opposite of what should happen.[2]

Now we have new research showing that even in people with no pancreas there’s a significant release of glucagon from the gut in response to glucose.[3] This strengthens the earlier finding. Diabetes is an intolerance to carbohydrate.

Roger Unger has researched the role of glucagon in diabetes since the 1950’s and has shown that a number of compounds that inhibit glucagon (including leptin and somatostatin, as well as specifically engineered antibodies), can restore normal glucose tolerance in animals without insulin-producing beta-cells.[4]

Insulin tells the liver to stop releasing glucose when glucose begins to enter the bloodstream from the gut; somatostatin 28 seems to play a similar role in balancing dietary and stored fat.

This could provide the answer to an old paradox. There’s no insulin response to pure dietary fat to speak of, so if ketones are made from fats, how could a high-fat diet (one that we would call a ketogenic diet today) prevent ketoacidosis?

When you eat lots of fat, high amounts become available in the bloodstream, and your body needs to cut down the release of fats (as free fatty acids) from fat cells to make room for it. Otherwise you’ll be flooded with energy and with ketones. (Obviously you can still lose weight if you need to by eating fat – the control of lipolysis is fairly flexible – but not if you eat loads of it past the point where all the mechanisms which regulate hunger are over-ridden.)

The action of somatostatin 28 – inhibiting glucagon, inhibiting lipolysis, and sparing protein – is a useful backup to the similar effects of basal insulin. Basal insulin – the low background insulin level – supports a feedback loop by which ketones themselves inhibit lipolysis.[11] Together, this helps to explain why high fat diets (very low in carbohydrate, essentially ketogenic diets) were as effective, and somewhat safer, than fasting for reducing blood sugar and preventing diabetic ketoacidosis in the pre-insulin days, in people with low, but not zero, insulin production.[1]

No hormone acts alone, and the regulatory mechanisms described above have been simplified. However, for people interested in high fat diets, somatostatin 28 is a potent hormone that specifically responds to dietary fat, and has actions which are desirable in a low-insulin context.

A note on dietary guidelines and pure research

Note that the research into somatostatin 28 that we’ve cited is somewhat limited – the evidence on lipolysis, for example, comes from two studies in chicken adipocytes. The most recent of these, published in a poultry journal, is twenty years old. We could also find only a few studies into the effects of pure fat feeding on insulin levels (in these there is little or no insulin response to dietary fat). Experimentation into the protein-sparing effect of somatostatin 28 seems to have trailed off when it became obvious that it wouldn’t be useful as a drug.

It seems to have been the case that, because high fat diets were thought to have no benefits, and diabetics and others have been instructed to avoid them until recently, research into some of their mechanisms has been very limited. Somatostatin 28 researchers may not have realised that their work imitated the effects of a ketogenic diet, and ketogenic diet researchers don’t seem to have measured somatostatin 28 in their studies.

Pure research isn’t always that pure – preconceptions about what will be important (in this case, managing high-carbohydrate diets, and developing drugs) can sometimes create a blind spot where research is neglected, and this seems to have happened with the somatostatin 28 response to fat-feeding.

7 Comments on “Understanding glucagon (and somatostatin 28)”