19 kg down in 6 months by eating lots of fat 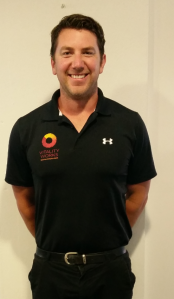 Here’s a friend of mine Brendan Blanchard. Six months ago he was what he describes as a “fat boy” at around 110 kg.  He is a big strength guy involved in power lifting and therefore works out quite a lot.  Even so, a bit of post-pregnancy stress and a second child on he way lead to him gradually getting bigger and bigger.

“If anything, I am eating more than I used to” he says “I only feel a bit gutted I took this long to figure out the effect low fat high carbs was having on me.  It seems obvious now.  I’m feeling full and energised, and I’m actually in shape. It’s awesome!”.