“If someone created a drug this effective, everyone would be on it” 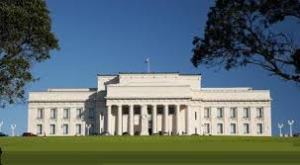 What do a Renal Physician, an AFL Club Doctor, an Epidemiologist, a Radiologist, a Pathologist, an Orthopaedic Surgeon, an Anaesthetist , a Pharmacist and a Biochemist all have in common?

Answer: They have all taken a long hard look at current nutrition guidelines, noted that they’re not working, queried where the evidence was for them in the first instance and decided to do something about it.

Grant shared with you what he learned from the recent Low Carb Down Under conference in Auckland last month. Now here’s my take on it.

Almost 200 people packed the Auckland Museum Auditorium to listen to a day of evidence-based recommendations to improve their own health and the health of the New Zealand population overall. None of the presenters were recommending a miracle drug, no one was trying to sell something, all were eminently qualified and had initially been healthily sceptical. All were a picture of good health, but hadn’t always been.

Although a public lecture, this was very much a scientific forum and attendees were left in no doubt about the scientific underpinnings of a Low Carbohydrate High Fat approach to eating, along with the general principles of how to achieve it….primarily by eating real food.

Professor Richard Johnson, a Renal Physician, kicked off the day with a fascinating account of fat storage in animals that hibernate and birds that migrate long distances. In studying these animals, Dr Johnston wondered if there might be a “fat switch” that could be turned on and off and whether a similar phenomenon might be present in humans, which might help explain obesity. That is exactly what his lab has found. He described how uric acid stimulates fat storage and how fructose causes uric acid levels in our cells to rise. Richard also alluded to the conversion of glucose in the body in to fructose, which has implications for those who think that dietary fructose (and not glucose) is the only problem.

Second up was Grant who gave an entertaining and thought provoking presentation on LCHF as a genuine public health approach, reminding us in the process of how people have been wrong about things in the past…..

Grant also discussed the role of salivary amylase in insulin production and discussed the role that the salivary amylase (AMY1) gene might play in the development of obesity. The more copies of this gene a person has, the more salivary amylase is produced, the earlier insulin is produced and the earlier breakdown of starch can begin. Populations who have had starch in their diet for longer may have more copies of the AMY1 gene and can start digesting starch as soon as it enters the mouth. Grant and his team will be exploring this association further in New Zealand.

Sarah Wilson, Australian media personality and author of “I Quit Sugar”, reminded us to be very careful how we package, label and promote a LCHF-type approach to eating. If the terms Paleo, Primal, LCHF etc turn people off, how can we present the same concept but in a more attractive package?

Next up was Dr Troy Stapleton, an Australian Radiologist, who gave one of the most emotional talks of the day, sharing his experience of effectively “been let out of prison” when he bucked the system and ignored conventional nutrition advice after being diagnosed with Type 1 Diabetes 15 months ago. The diet he was prescribed, along with the insulin meds, left him with poor blood sugar control, weekly hypos and a fear of doing any physical activity. Not happy with this he started reading and an LCHF approach made sense. The result….significantly reduced insulin requirement, much improved blood sugar control and 6 months since his last hypo.

Troy presented this simple but important graph showing the impact of each macro-nutrient on blood sugar, while at the same time discussing the relative importance of each nutrient for bodily function and health.

I look at this figure and just can’t help but think that a Low Carb, Moderate Protein, High Fat approach makes more and more sense. Read Grant’s interview with Lewis Civin for more on LCHF for Type 1 Diabetics.

Dr Kieron Rooney, an Australian Biochemist, highlighted the two roles of insulin – as the key to allow glucose in to cells, but also as the lock to releasing fat stores. Kieron described a number of pathways which may be responsible for the same end result. He also suggested that Red Blood Cells are the only cells in the body that actually need glucose, and that they don’t need much. The liver typically stores around 100 g of glycogen, which lasts around 10 hours. The muscles might store another 200-400 g.

Dr Gary Fettke, Orthopaedic Surgeon and persona non grata with the Australian Dietitians Association (his words!), gave a history of the flawed science of nutrition and the role of convenience, politics and dollars. Gary reminded us how we actually had it pretty right back in the 1800’s with the Banting Diet. Harley Street Surgeon Dr William Harvey had great success with his client, Mr Banting, not only reducing his body weight but improving his mobility, deafness and lack of sight by cutting out bread, beer, sugar and pastry, in favour of meat, poultry, fish, any vegetables except potato, small amounts of fruit and quite liberal amounts of red wine, sherry and a night cap of gin, whisky or brandy!

Up until 1948 we were still on the right track, with Raymond Greene’s textbook “The Practice of Endocrinology” saying pretty much what we’re saying now:

Foods to be avoided:

3. Potatoes and all other white root vegetables

You can eat as much as you like of the following foods:

5. Fruit, if unsweetened or sweetened with saccharin, except bananas and grapes

Associate Professor Ken Sikaris, a chemical pathologist, gave an excellent biology and mathematics lesson to help us better understand our cholesterol results and what we should be focusing on. Total Cholesterol is not important in terms of prediction of heart disease; what is important is Triglyceride level and specifically the Triglyceride to HDL ratio. The smaller this ratio the better, i.e. lower triglycerides and/or higher HDL. Triglyceride also predicts small dense LDL, the bad stuff.

Dr Anne-Thea McGill, Research Physician at the University of Auckland, gave a whirlwind tour of the role of high carb addiction and low whole food intake in obesity. This talk was of particular interest to me given a letter I read in last month’s edition of Fitness Life magazine stating that sugar is not addictive. Dr McGill would certainly argue to the contrary.

The emphasis then shifted to the practice of LCHF and Naturopath Cliff Harvey made the sensible suggestion that carbohydrate intake should be a) activity dependent and b) metabolic state dependent, and that success should be measured not only in terms of changes in body composition and blood profiles, but also observed and perceived wellbeing ratings – fullness, mental function, pain, discomfort etc. This struck a particular chord with me…..Cliff’s lecture was in the first session after lunch – the session I used to dread and struggle to stay awake in, no matter how interesting the topic or engaging the presenter – where I would hide behind my hand as my eyelids forced themselves closed, no matter how hard I tried to stop them. But not since adopting LCHF. I was wide awake, I felt exactly the same at 2pm as I had done at 9am. I wasn’t overly hungry at any point during the day and didn’t need lunch (unheard of for me a year ago). As all of the speakers described, once the body has become fat adapted, through a LCHF or Ketogenic diet, there is often no need or desire to eat as often as before. I don’t believe this is a selling point though. To the person who loves their food, or is always hungry, talking about not needing to eat as often or as much (intermittent fasting even), can be a major turn off and sound like deprivation, which it certainly is not. I sat in the session itching to do a straw poll….who was ready for lunch at lunchtime and who wasn’t? And what were their energy levels like afterwards? And then most importantly, were they LCHF or HCLF?

Here are my predicted responses!

But going back to Cliff….he proposed a stepwise restriction of carbohydrate for some people – starting with wheat, sugar, gluten sugars, other grains, legumes, tubers and fruits. Like others, his overriding message was to eat Natural, Whole, Unprocessed foods.

Dr Caryn Zinn continued to put the science in to practice with an excellent talk on her journey as a Registered Dietitian, her success with LCHF in clinical practice and the challenges that must be overcome – namely the risk of LCHF becoming HCHF, the concern of patients when their Total Cholesterol increases, and the plateauing that is often seen after an initial decrease in body weight. Patience was advised, particularly in individuals with a history of yo yo dieting and/or long term calorie restriction, who may have severely disrupted their metabolic function which may take time to recover.

Having trawled through the literature, Caryn confirmed that her profession had been preaching a message with no scientific underpinning and flouting its own code of ethics, which states that every New Zealand Registered Dietitian (NZRD) will “provide services that are evidence informed” and be “a reflective practitioner and lifelong learner, continually critiquing her/his own performance and improving their standards of practice”.

Finally, we learned what the speakers themselves eat and what they recommend to their patients/clients. All agree that a real food diet is the way to go, one that is low in carbohydrate, moderate in protein and high in good natural fats. All would rather prescribe a simple lifestyle change with proven benefits and little if any side effects, over drugs with no proven benefits and common and proven side effects. Who wouldn’t? Oh yeah, drug companies and the food industry 😦

9 Comments on ““If someone created a drug this effective, everyone would be on it””