Can you be a healthy endurance athlete? 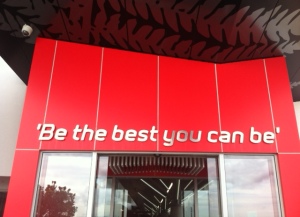 I’ve been getting quite a few questions about triathlon and other endurance sport training and racing.  Even in our own research group, there is a lot of debate and questions about what and how, especially regarding supplemental carb use.

I think it comes down to understanding that ‘high performance endurance athletics’ and ‘health’ are not always the same thing.  I might even go as far as to say that they are mostly mutually exclusive in the long run.

That’s different from doing endurance events and being healthy – I believe that is possible.

Most of my friends are not going to like hearing this…and after a life of pursuing carb-fuelled high performance endurance, why have I changed my mind?  And what should you do if you like being involved in endurance sport and exercise but want to maximize your health and avoid things like heart damage and self-oxidizing yourself into early aging.

I’ve been an advocate recently for the polarized training approach – where you spend most of your time doing very easy aerobic, fat burning exercise, and just a short amount of time doing very  high intensity training.  You try and avoid that middle chronic cardio zone.

Case study 1: Joe McQuillan, endurance exercise physiologist and low carb high fat (LCHF) proponent.  He is happy enough himself to be on a LCHF diet because of the energy and weight benefits, but he’s not convinced that a polarized training approach (also known as an 80/20 approach) generates any sort of high performance for competitive endurance athletes.

We just finished a long discussion about this where Joe points to the “optimal” training points for endurance performance.  Here’s his note below on this.

Grant, this modified table (below) is from Racing and Training with a power Meter by Coggan and Allen. All I have done is arrange the outcomes by way of 1st and 2nd contribution to enhancement of that outcome. FYI L3 is tempo, L4 threshold, L5 VO2max, L6 anaerobic (<3 mins). Nowhere on the list is L2, for most it falls as the 3rd most important zone to contribute changes to an outcome of X. This does not detract from the fact we need to do L2 exercise and a lot of it for base work, but within L3/L4/L5 sessions we spend time in this (L2) zone, + warm-up and cool down from interval training increases this by default. I think in certain phases for a road cyclist and 1/2 IM/standard dist triathlete a 50/50% <L2/>L2 is likely.

In other words, the best race results for an athlete can’t easily be obtained from mostly easy training with some occasional harder stuff.

Is Joe right? Well the more of the higher intensity training you can get AND adapt to then the faster you will probably end up going. This is similar to what Mark Sisson talked about in his blog this week – it’s a matter of time frames and perspective on performance. Long-term health eventually matters to long-term athletes too.

The thing is that short-term or even medium-term maximum performance doesn’t take into account overall wellbeing and health – which applies long-term both to elite athletes and weekend warriors.

There is only so much moderate to high intensity training you can take.  So my feeling is that most people should be very careful about overdoing this.

Believe me, I have been there done that as far as overdoing it is concerned. It’s still something I constantly struggle with – exercise makes me feel good and I like so many aspects of it, including the social.  But the toxic effect of too much intense exercise is something I have to try and avoid for my own good.

This of course means that I won’t be competing with and beating people who I likely could, simply on the basis of our pre-training physical abilities.

That’s a bummer, but that’s the way it goes.  Some guys will always smash themselves up a bit, optimize their performance, choosing to neglect their long-term health. They will be the ones on the age group podium.

Should we celebrate this? Probably at the Olympics and world championships we enjoy seeing what the limit for humans is.  But, in my opinion, that shouldn’t be what non-professional athletes celebrate. If you want to do that, then do it in small controlled amounts and take a break.

Health, as I have written about previously, is about the application of stress and your adaptation to it. Too much stress is toxic. My opinion is that 20 hours of triathlon training a week is likely to be too much for most people who are working full time and might have other commitments – e.g. family, work, etc.

I guess that’s why you see a good deal of podium triathletes at triathlon age group world championships are professional coaches or independently wealthy and not working.  It’s only under these special conditions that you can tolerate the training stress and recover from it. Even then, that isn’t the optimal health outcome.

So if you’ve made your personal decision about endurance sport and health – and it is about personal health and wellbeing first, performance second – how should you proceed?

The balance between health and performance?

My goals are to get and hold my weight to or just under 60 Kgs and get my running improved. Current weight 61 Kgs. Generally in a tri I struggle to keep my 10km run under 55 mins. For my age group I am usually in the first 20% of the swim 10% in the bike and 50% with the run. I end up with a final placing in the first 5.

I followed a schedule of about 18 hours training a week leading into the Auckland ITU (world champs). Aged 59 and came 10th.

I will look to start Tri’s this summer. I have had a year off after 10 years competing.

Here’s my suggestion – give or take for the best balance between stress, enjoyment, health, weight management and energy.  Just a guide and flexibility is important.

First: Nutrition – Accessing and using aerobic lipolysis (fat burning) during the bulk of your training is crucial.  It produces less oxidative stress, tires you out less, requires less effort, and your brain and body operate more efficiently.  For this I suggest a whole food Paleo style diet with a degree of carbohydrate restriction – preferably off all sugar and grains. The amount of carb restriction depends on your tolerance to carbs and exactly how much glycogen you are burning in training. Dr Peter Attia has recently written a nice piece on calculating this. I prefer the full low carb high fat approach in a whole foods framework. That works well for me.

Just to reiterate, you need to get the nutrition right first.  No amount of training properly can make up for setting yourself down the sugar burning/addiction pathway.

Also, remember the exercise isn’t the thing that helps you make your goal weight – the nutrition does this.

Second: Training – I suggest capping things at 10 hours a week, maybe 12 if you have to. Remember it is adapting to the training that is important.  You won’t race at your absolute best, but you will be most of the way there. Exercise is a potentially toxic stimulus to your body. You want just enough in the context of the rest of the stress in your life to be able to adapt to it. Better under-doing it than over-doing it.

The bulk of the training is easy aerobic L1, L2, occasionally a little L4-5 where it can’t be avoided (going up a hill on a bike).  I’d do virtually all sessions in this zone, except 2 maybe 3 a week where I’d do some very short and very hard interval sessions like the ones below.

This makes it very easy to design a program, you spend 10-12 hours in a combination of swimming, biking and running at easy aerobic pace.  You throw in very short sessions when you feel up to it, where you maximally hit out.

That, in my opinion, is the way to health.  It’s not the way to the best possible race performance though.  Your call.

One Comment on “Can you be a healthy endurance athlete?”