What if I ate less? 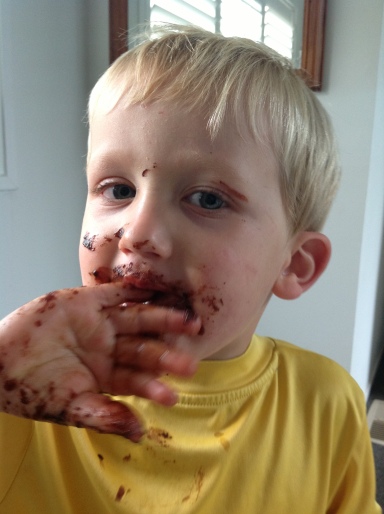 OK here’s what I think would happen, and there is some evidence around this, although as usual, more metabolic wards studies would confirm it.

What happens in the eating vegetables only and eating meat only feeding regimes probably depends a little on the exact composition of the meals and the insulin sensitivity of the individual.  But I would say that for both of these regimes, it is almost certain they will lose significant weight, and stay mostly healthy.  It is possible that a vegetable diet of almost exclusively starches and frequent meals, combined with someone who is highly insulin resistant, would result in constantly elevated insulin. This of course would result in some metabolic dysregulation, where energy expenditure is down regulated and insulin shunts some carbs into fat through de novo lipogenesis. I think this is unlikely to be what a vegetable only diet would look like.  It’s most likely that they will just lost weight.  They might not be that satisfied with their food, but all should be OK at least in the short term. In the longer term, B12, essential fatty acids, and amino acid deficiencies from vegetarianism should be considered.

Now what we really want to consider is this one.  Someone eats just candy for six weeks. They are eating less than their daily energy requirements, so given you can’t defeat the first law of thermodynamics, then the weight loss should be predictable?

So for the most insulin resistant person, a candy only diet will provoke constant hyperinsulinemia.  That is to say insulin, the fat storage hormone, will constantly be elevated. That means:

These factors can at least theoretically conspire to reduce energy expenditure and preferentially partition energy into fat. As time goes by, the sugar and fat combination in candy makes the insulin resistance and general metabolic dysfunction worse and worse.

My prediction is that it is possible to gain fat mass and therefore weight even on a calorie restricted diet because of the dysregulation that sugar provokes.

A good example of this in action is the OB OB mouse model. These are animals bred to be leptin deficient. That means they cannot send or receive a signal from the fat cells to down regulate hunger and to increase physical activity. That’s really the model which has shown us that leptin changes energy out and partitions energy into fat at the expense of other uses.

The thing is in humans, obese people become leptin resistant, which is a similar outcome to being leptin deficient.  Either way the brain can’t see leptin and down-regulate hunger and start expending not storing energy.

High insulin and the inflammatory pathways through sugar and so forth are highly implicated in leptin resistance.

The solution? Stay off the junk carbs.

← Does carb burning age you?
Why dogs are good for you →